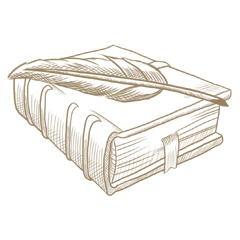 History of the Schloss Bräustüberl

Somehow you can feel it, this special atmosphere and this slightly sublime air of royal history. The whole of Hohenschwangau is under the sign of the Wittelsbach dynasty and in particular the great visionary and fairytale king Ludwig. The rather modest-looking Bräustüberl in its present form could tell a lot if its walls could talk. For almost 100 years it has been the epitome of Bavarian pub culture and perhaps the place where most nationalities in Germany have enjoyed a well-kept Bavarian beer. But this was not always the case.

Until the end of the monarchy in the Free State in 1918, the building served for decades as a royal horse stable and coach house and became more and more magnificent over the years. We can only guess, but certainly the young King Ludwig was a frequent visitor to these walls. He loved riding. He trained incessantly and undertook daring rides in the incredibly beautiful nature around Hohenschwangau. Whether his favourite cousin Sisi, Elisabeth Duchess in Bavaria, later Empress of Austria and Hungary, often accompanied him is left to the imagination. Ludwig loved his animals and had each one portrayed. Well preserved, the works of art can still be admired.

Today, hospitality is particularly important in the Bräustüberl. It is in keeping with the self-image of the AMERON Neuschwanstein Alpsee Resort & Spa that the guest is king. And so everyone should feel a little like Ludwig and Sisi today. A little sublime and always looked after with the well-known Bavarian cordiality.